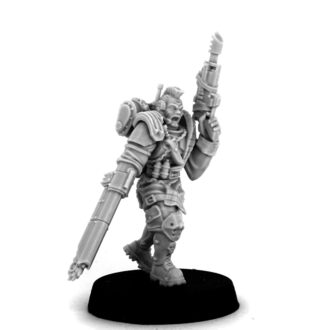 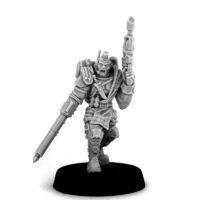 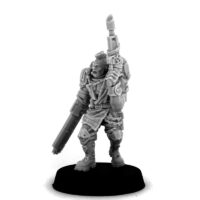 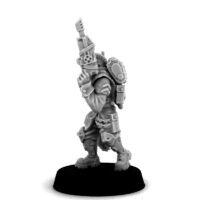 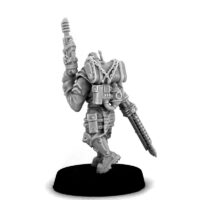 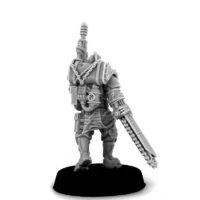 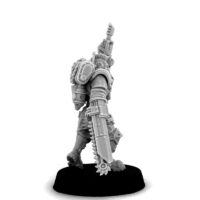 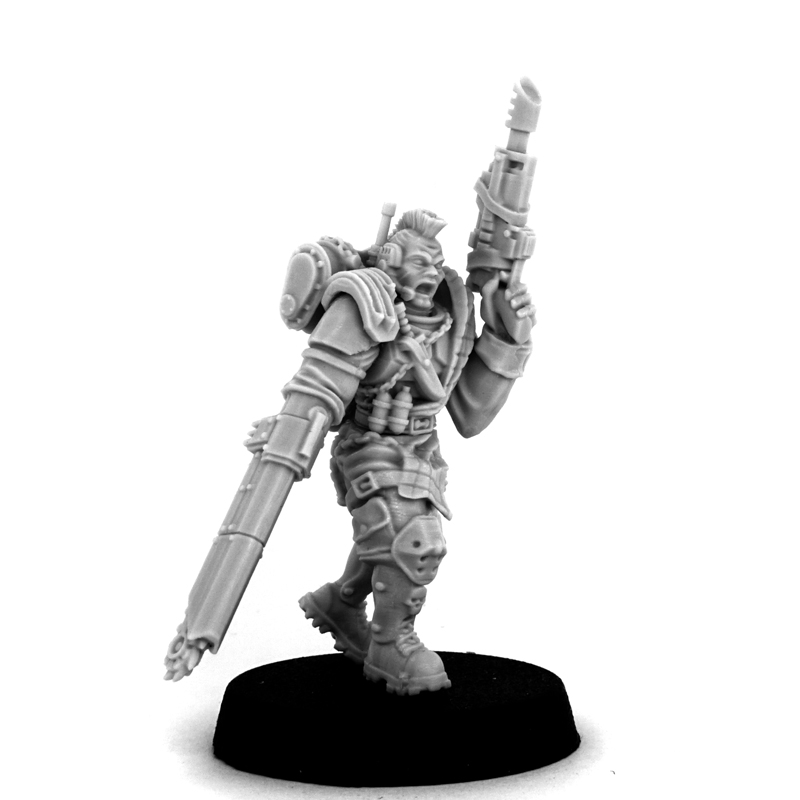 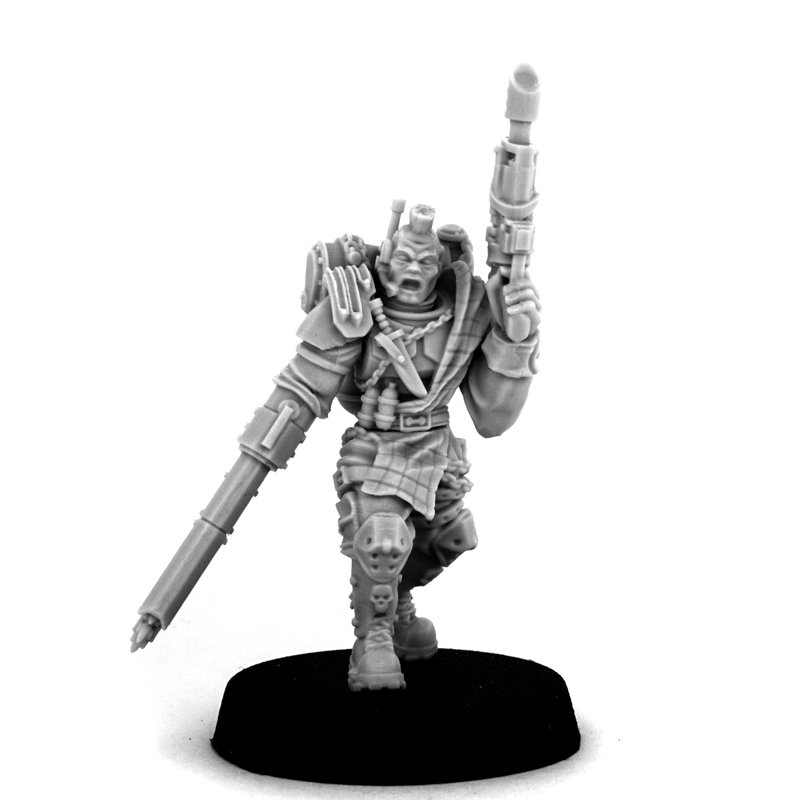 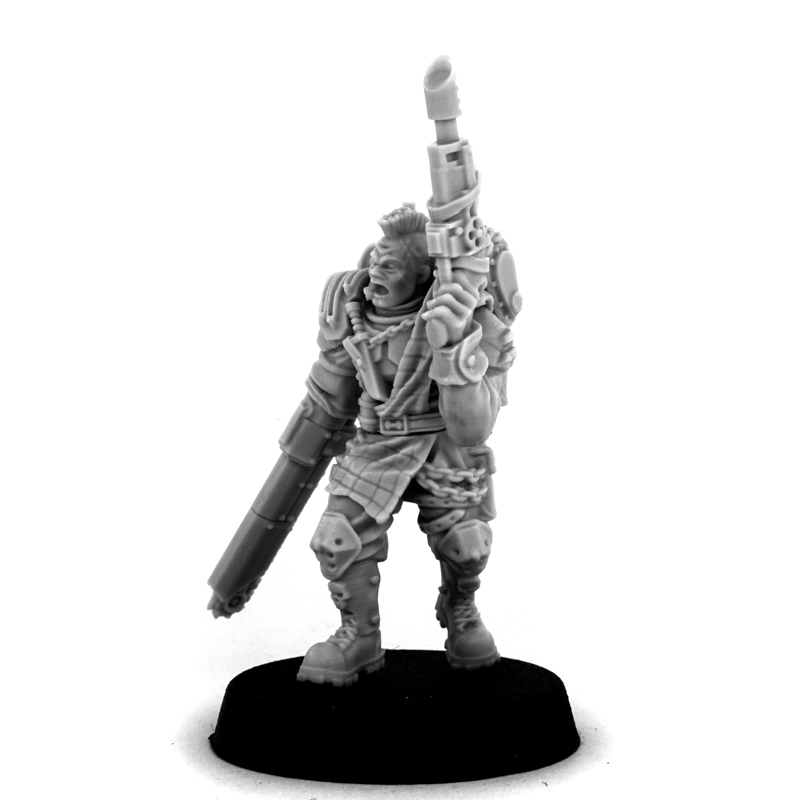 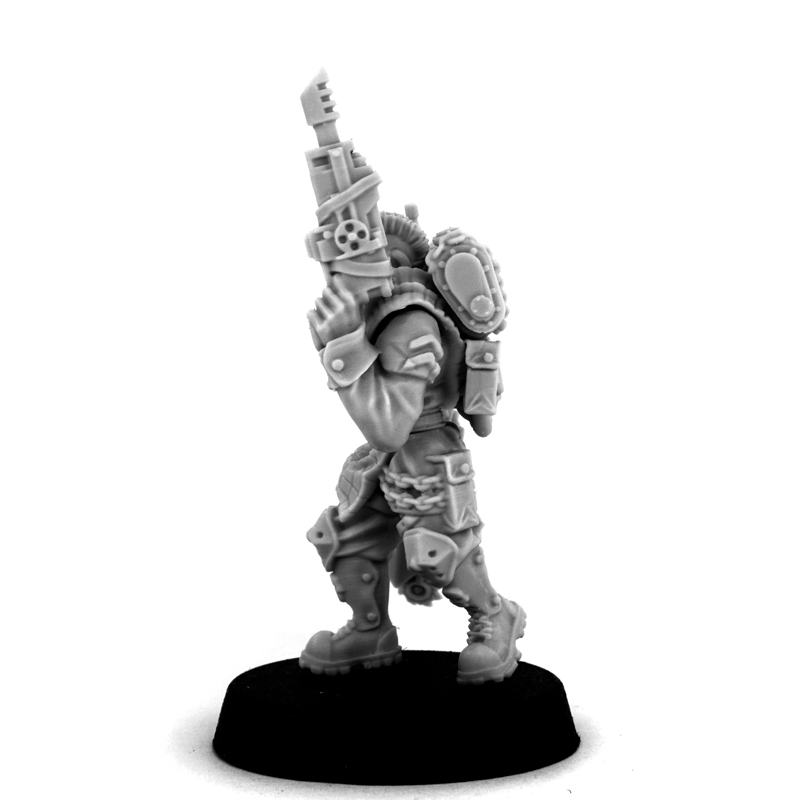 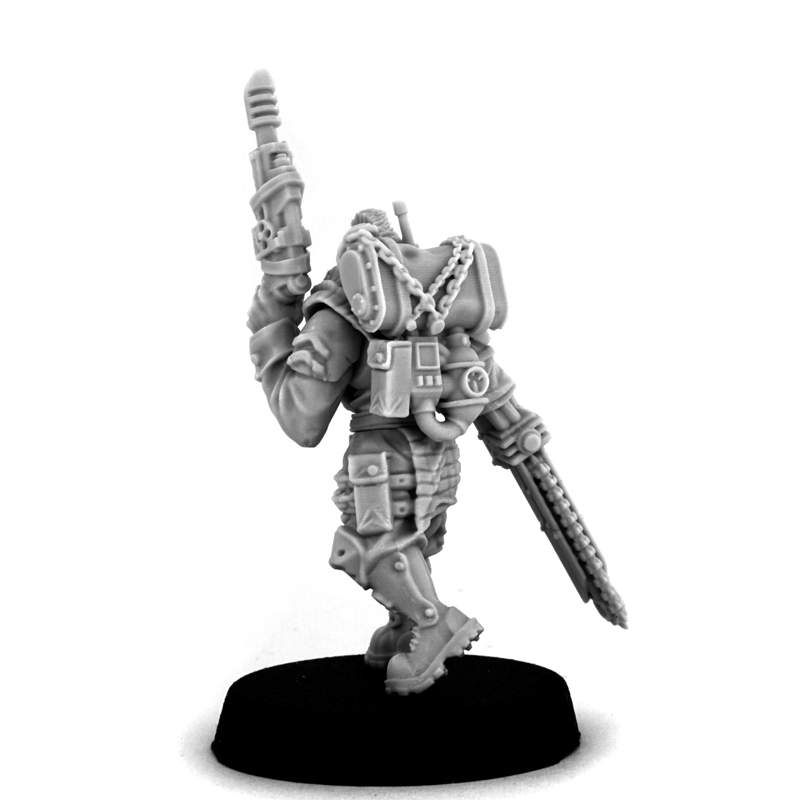 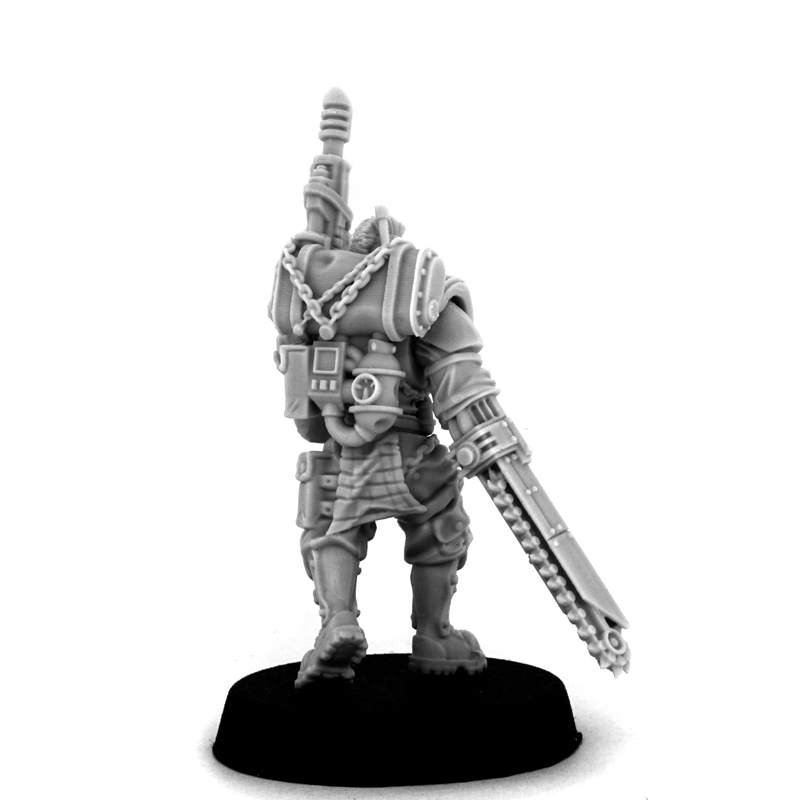 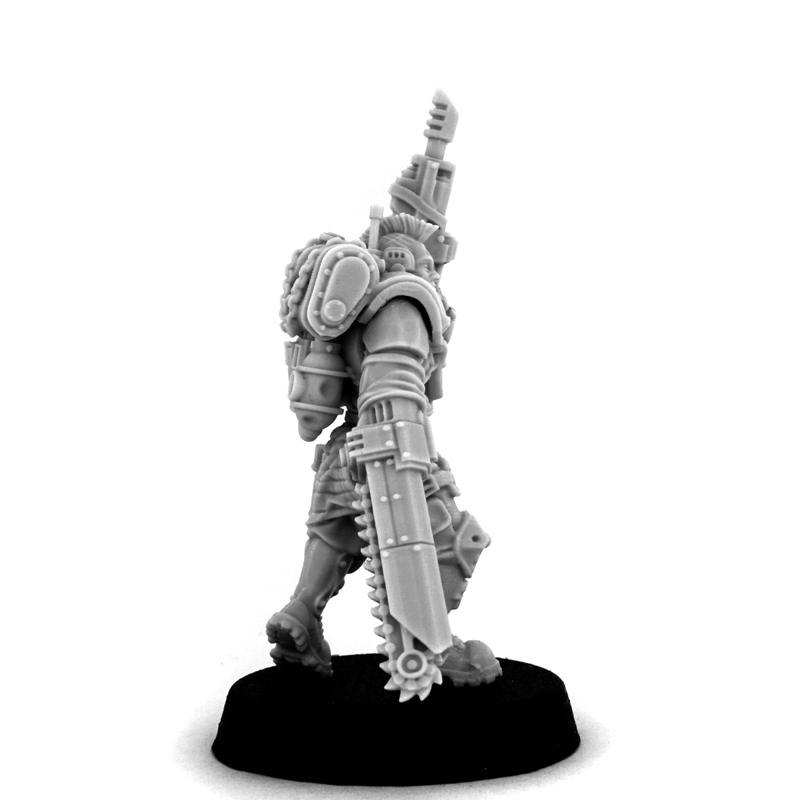 He is big, he is stupid, he is fearless and can tear down your head with one stroke of the hand. The only member of squad who is prohibited to take drugs. The last time when he got high all his team were dead because of his own hand. After the massacre in his camp Sergeant didn’t become calm but possessed by thirst for blood broke through the front line all alone, killing everything that was moving. On the next day he woke up with a terrible headache, torn off arm and chainsaw duct taped to it. As a punishment for killing his own squad he was transfered to Dead Dogs’.

HQ resin miniature in 40k Heroic scale with 25 mm base.
These miniatures are supplied unpainted and require assembly.